Woke up the ice cream man ben & Jerry’s has introduced a new flavor with proceeds going in part to support left-handed reps. Cori Bush’s $10 billion anti-police bill that seeks to defund police officers and replace them with social workers in certain incidents.

A portion of the proceeds from sales of the flavor, called “change is brewing,” will be donated to “grassroots groups working to transform public safety in America,” according to ben & of jerry.

and when customers navigate to the ben & jerry to buy the ice cream, they are urged to “join the movement for black lives and support the people’s response action.”

Customers can sign up to receive invoice emails and correspondence.

The company’s “American activism manager,” Jabari Pall, announced the flavor at a press conference Monday along with Bush herself.

“flavor supports the vision of a world in which all communities are safe and everyone, including black and brown people, can thrive,” pall said at the event on Monday.

ben & Jerry also partnered with the Movement for Black Lives for the launch of the new flavor.

The announcement comes after Bush, a Democrat from Missouri, introduced the People’s Response Act in June in an effort to establish a new public safety division within the Department of Health and Human Services.

The new division would use non-police first responders for emergency situations involving mental health, substance abuse or other issues, according to the text of the bill. 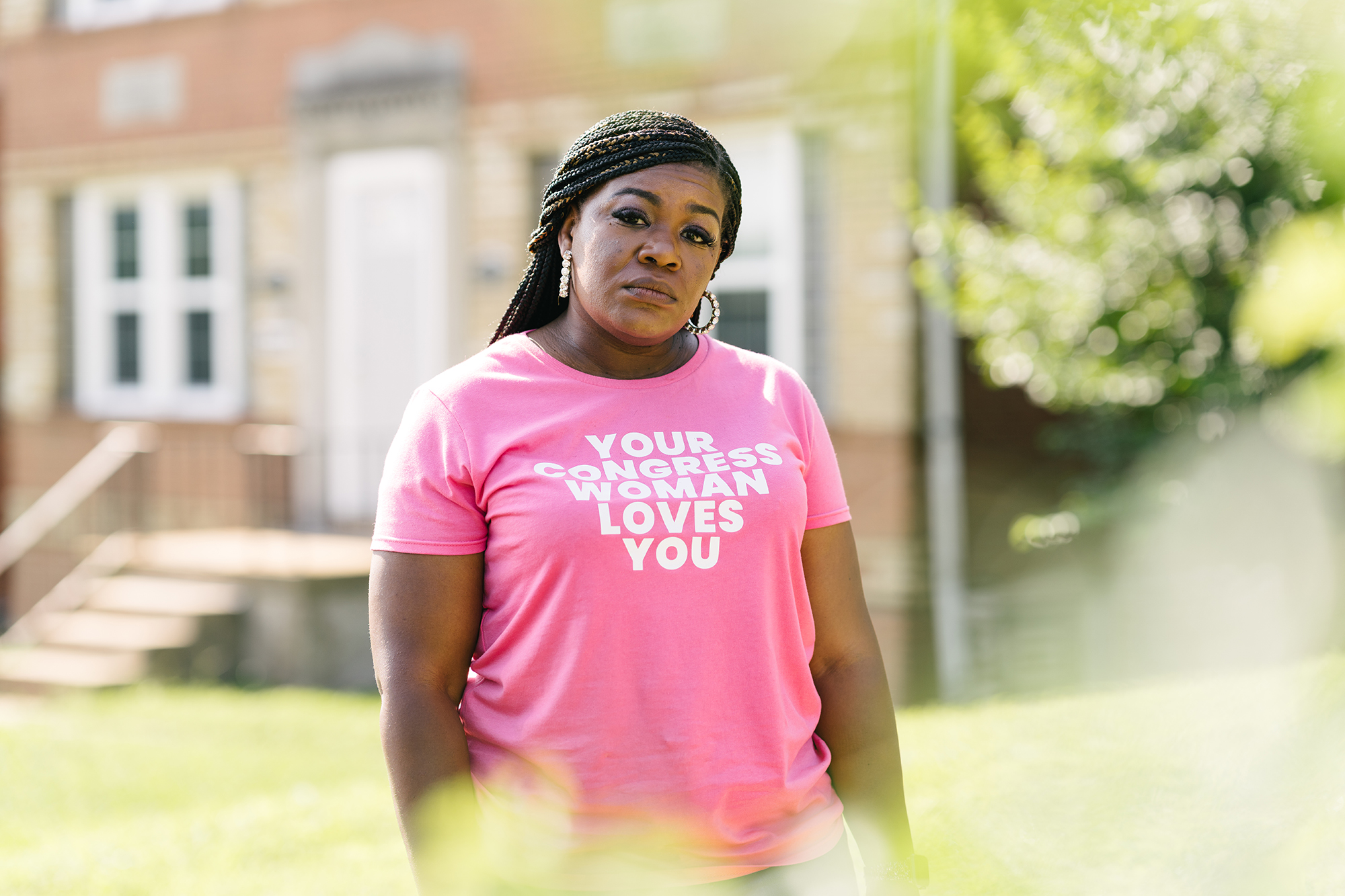 Rep. Cori Bush said, “Our healthcare, our education, our housing, our green spaces all left in shambles while our police spending per capita continued to increase.”
Joe Martinez for The Washington Post via Getty Images

“For decades, our communities have suffered the violence of intentional disinvestment and underfunding.

“Our health care, our education, our housing, our green spaces, all were left in shambles while our police spending per capita continued to rise to its current level as one of the highest in the country,” he said.

Bush, a 45-year-old member of “the squad,” made headlines earlier this year for spending nearly $70,000 of his campaign funds on personal security, even as he pushes the police movement to remove the funds.

“I’m going to make sure I have security because now I’ve had attempts on my life and I have too much work to do, there are too many people who need help right now,” he said in an interview in August. with cbs defending the expense.

“The defunding of the police has to happen. we need to defund the police and put that money into social safety nets because we’re trying to save lives.”

This is not the first time that ben & Jerry’s has made waves for its activist stances. The company announced earlier this year that it would stop selling ice cream in Israel’s occupied territories.

The move has prompted several US states to divest from ben & Jerry’s parent company, Unilever, and sparked pro-Israeli protests against the ice cream maker.

Unilever, owner of the popular ice cream company that announced plans to stop selling its products in the occupied territories, has drawn criticism from several government officials, including Israel’s Prime Minister Naftali Bennett, for the controversial decision.

bennett said the boycott would have “serious consequences.”